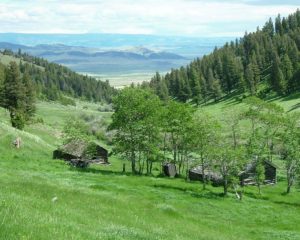 FINALLY, AFTER YEARS OF TORMENTING MYSELF, BREAKTHROUGH!

Up to now, this story sounds pretty disheartening. Everything that could go wrong did. Life for me was numerous negative events interrupted by occasional successes.

But I could not do it.

I was stuck inside myself. A prisoner inside my own head.

My mind ran the show. Actually, the part of my mind that I didn’t want running the show had taken over.

I knew exactly what not to do. I told myself I would not do it. And I found myself doing it again anyway. Even though I knew the fear and addiction would help nothing.

A dreadful pattern that filled me with consuming despair.

Weekends were awful. I knew I’d find myself back to real life in a couple days. And I knew it would be rough. I wasn’t looking forward to it. The last thing I’d get on the weekend was relaxation.

I stopped doing things alone and inside my own head.

I never realized I was trying to solve all my spiritual and psychological problems on my own. I learned to keep all my issues to myself. I’d try different actions to work my way out of them. And none of it solved my anxiety or addiction.

Instead, I had to do the opposite of what I had been doing. I had to open up and ask for help. I had to talk about what was going on with me. I had to do things that terrified me, instead of avoiding them.

I had to ask others for guidance. And take it.

I had to let go of what happened. Stop taking responsibility for outcomes outside of my control. Accept life as it occurred.

Because if I could have solved my problems, they would have been gone long ago. I’d be happy, joyous, and free.

The way I was approaching life had to fundamentally change.

Or, I would continue repeating the same old hellish cycle. And it would likely get even worse.

It took me years of going to recovery groups and talking with others to understand this.

More than a decade.

But once I earnestly tried this different way of living, it worked.

Not fast, mind you.

But it worked far better than anything else I tried.

What did I do? This:

1. Became willing to accept help from others. I realized that even though I couldn’t defeat social anxiety and addiction on my own, that’s 100% okay. In fact, humans are designed to help one another.

2. Stopped trying to control everything in life and make it go my way. Control doesn’t work. It only apparently works.
Accepted life as it is. Since I don’t have control, I have to accept life as it is. That relieved a ton of anxiety. Because everything around me was no longer my fault.

3.Focused only on now. This is astonishingly difficult to do. Anxiety always had me fearing the future or beating myself up over the past. I learned to focus on exactly what’s happening right now…and a minute or two from now. And that’s it.

4. I no longer obsess about the past or future for hours or days on end.

5. Concentrated on what I can do for others. For most of my life, I only thought of me and what I wanted. To maintain sanity going forward, I had to serve others first, expecting nothing in return.

6. Allowed myself the freedom to make mistakes. Everyone makes them. That’s how you learn and grow. If you learn from them, that’s okay. “Failure” is simply not trying. That’s not okay.

7. Didn’t beat myself up. I never had a healthy relationship with myself. I intensely judged, blamed, and shamed myself when things didn’t work out. When that happens now, I simply say,”Oh well,” learn from it, and move on.

8. Shared myself 100% honestly with others. To really let go of anxiety and fear of others, I have to talk about my innermost thoughts and secrets. That removes them from my mind so they don’t grow into catastrophic problems.

9. Chose my friends wisely. I can’t control other people. But I can control who I spend time with. Today, I have 10-15 people I can talk with openly and honestly…without any fear of retribution. I minimize or eliminate time with those who don’t support my goals.

10. Made amends for past harms. Making amends for ways you’ve harmed people clears away a lot of anxiety and fear of others. I didn’t want to do it. I don’t think anyone does. But I did it anyway. And wow, what a difference! It’s the greatest healing practice in the world. Bar none.

11. Let go of grudges. When you have many negative experiences in life, it’s easy to hold onto the anger. But, that didn’t help me at all. Eventually, I did my best to forgive others. Some, I’m still forgiving. But I don’t do it for them. I do it for my own peace of mind. It works.

12. Acted into healthier ways of thinking. Try as I might, I could not change my thinking by simply making an effort to change my thoughts. That works to a limited extent. What really works is taking actions because I don’t want to take them. If I’m afraid to stand up for myself, I do it anyway. If I don’t want to talk about something, I force myself. A rush of anxiety happens. But I feel better afterwards every time.

13. Trust life will improve. Without trust, I have no reason to live. I might as well give up. And you know what? Things have gotten better. More on that in a sec.